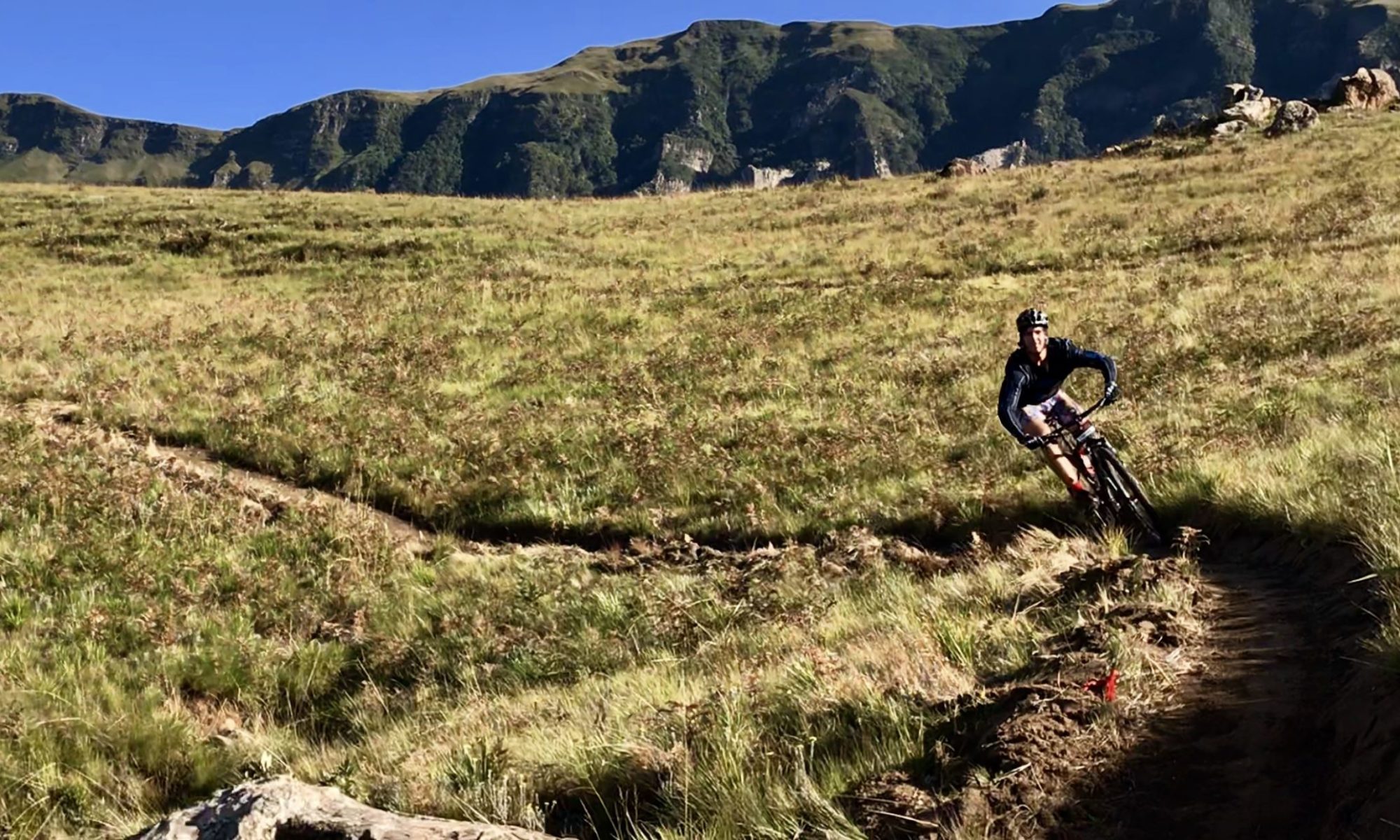 The new Ingwe Trail offers spectacular views and a sense of flow on the Drakensberg Trails.

The Ingwe Trail is named after the Ingwe Cabin. Like the its name sake (Ingwe is the Zulu word for Leopard) Ingwe Cabin lies amongst the dense ravines and rocky koppies of the Nook Road Loop Trail. With more interest in cycling in the Drakensberg, the challenge arose of how to ensure the wild peacefulness of the cabin, without losing access to the Nook Road Trail.

Exploration for a new route revealed some of the most stunning views we have ever seen. Sbu and his trails team seized the opportunity with both hands. The time frame for the project was limited – just 5 days, and the location remote – but the 9 man team merged into one rhythmic force that carved 5km of sweeping turns and berms that connect the dramatic rock and yellowwood formations that dot this high alpine environment, creating a trail that flows like no other.

We hope many of you will come out and be part of a unique slice of the Drakensberg that is not often glimpsed!